Spectacular day at Audubon Canyon Ranch’s Martin Griffin Preserve. It has been a few weeks since the last good rainfall. With a storm coming in tonight to douse our burn piles, it was the perfect opportunity to clear out some young Douglas Fir and Coyote Brush scrub and give the native coastal prairies a chance to regenerate.

In the ’80s this 1000 acre preserve included over 200 acres of coastal prairie – more than 20%. A few years ago there were only 18 acres remaining. Less than 2%. Most of this acreage has been taken over by young stands of Douglas Fir and thickets of Coyote Brush. This has occurred because of the suppression of natural wildfire and the exclusion of grazers from the preserve. A few hundred years ago this land was grazed by herds of elk and deer which moved in tight migratory groups as they eluded natural predators. More recently, ranchers grazed cattle up here.

The natural biodiversity of this landscape thrives when challenged by grazing and fire. When left fallow, a few species thrive at the expense of others, and many areas become nearly a monoculture. We now mainly have thick stands of young Douglas Fir casting shade and dropping deep beds of needles here. Thistles and Coyote Brush do well in this environment, but few other species do.

When we allow fire back into this ecosystem, the change is miraculous. The areas that have been cleared and burned over the past few years now host hundreds of species of grass and other plants. Vetches, mints, ferns, wildflowers, multiple species of native perennial grasses – the vegetative variety and vitality quickly resurges, and it’s shockingly beautiful.

Today over a dozen of us spent six hours felling and sawing Doug Fir, mainly, then piling our bounty high on top of overgrown exotics and scrub. Then igniting our piles with drip torches, and adding more and more slash, both old and fresh.

It was truly satisfying to watch towering tangles of branches become clear open expanses where native perennials will thrive. We did not have enough time to seed these areas today, but they will soon be seeded with perennial grasses, giving these natives a little head start. 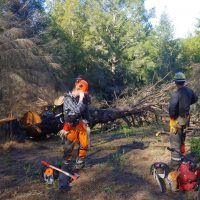 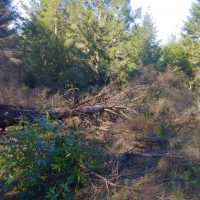 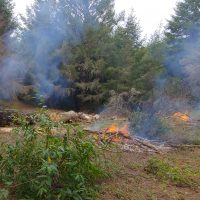 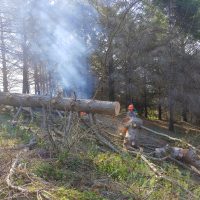 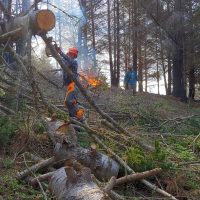 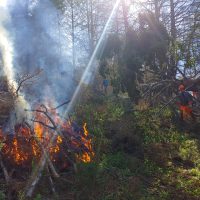 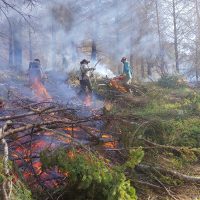 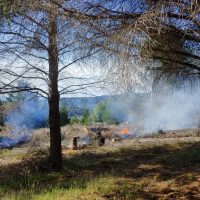 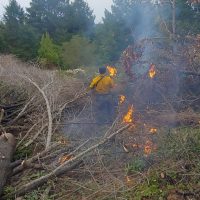 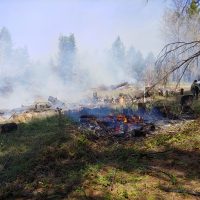 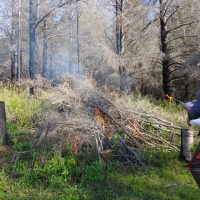 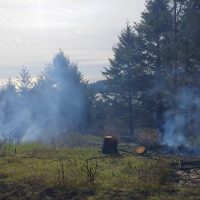 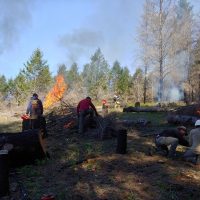 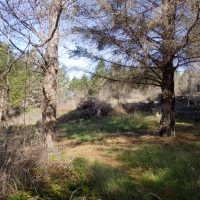 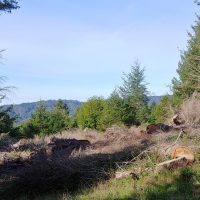 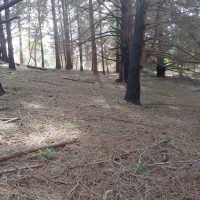 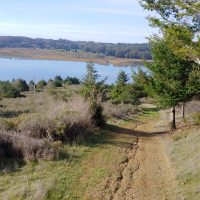 View From the Truck 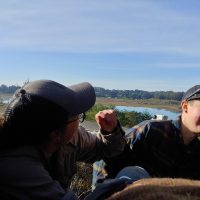